A personal blog about my experience of living with the illness Myalgic Encephalomyelitis (ME), by Phoebe Boag.

Welcome to my first guest post, written by my very talented niece Amelia, who is twelve years old.

It began a school assignment, ‘A primary seven personal project about a subject of her choice of interest to her’. To my delight and surprise, Amelia chose to do this assignment on the subject of Myalgic Encephalomyelitis (ME), and how my illness affects her. It’s an impressive piece of work. She did her own research, she chose some really descriptive images, and she makes some very interesting and insightful observations. I admit that when I read her first draft, it had me in tears, in a good way! I am just moved beyond belief that Amelia chose to use this as an opportunity to raise awareness of ME, I’m so proud of her, and I’m a little bit in awe of her to be honest. Again this has made me feel so incredibly lucky to have such supportive people in my life.

Everything else you’ll read below, is by Amelia.

ME and Me, by Amelia.

This quote was made by a Californian geneticist whose son suffers from Myalgic Encephalomyelitis.

Myalgic Encephalomyelitis, commonly known as ME is a chronic illness which has affected my family since early 2015 when my Auntie Phoebe was first diagnosed.

Myalgic Encephalomyelitis, also know as ME, is a terrible illness that affects hundreds of thousands of people across the UK and millions worldwide.

It is a neurological illness, which means that there is something physically wrong with the nervous system. It is also a chronic illness, which means it is life long and there is currently no cure. It affects many body systems like the nervous system, which is the network of nerve cells that communicates with the brain, and immune system, which fights germs and diseases.

Many ME sufferers have severe, persistent fatigue. Fatigue is another way of describing extreme tiredness.

Not everyone who has ME will have the same symptoms so it is impossible to compare them to one another. Two people might get ME at the same time from the same probable cause but one could recover in a few years and the other could have it for the rest of their life. That’s one of the reasons why it’s a very hard illness to understand. 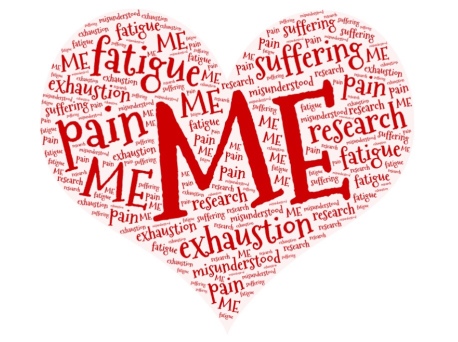 · Post-exertional malaise. This is the extreme exhaustion felt after any physical or mental activity, such as a phone conversation, filling out a form, taking out the bins or making tea, or the worsening of all symptoms.

· Gastro-intestinal problems. These are problems with the stomach, gut and intestines.

· Cognitive dysfunction. This is also known as brain fog. When you have brain fog, you are unable to remember, reason, concentrate and think.

· Intense pain all over the body

· Depression, as ME limits human interaction so much so it is easy to become depressed.

These are only a few of the many symptoms. Every ME sufferer experiences different symptoms at different times.

The exact causes of ME are unknown, but there are many theories of what they could be. Here are some of them.

· A viral or bacterial infection that damages your immune system

What can be done?

The NHS have created a treatment plan for ME sufferers that is meant to relieve their symptoms. Many ME specialists disagree strongly with these methods as they have been proven to cause harm to patients. The plan consists of daily exercise, like swimming and walking. ME sufferers are sometimes unable to stand up, how could exercise help them?

It would tire them out so quickly, they would have to interact with others and the payback the next day would be horrific. These plans could worsen patients significantly.

There is no cure for ME. Invest in ME, which is a research charity trying to find a cure for ME, is hopeful that one day there will be a cure. Current treatment can only treat the symptoms, not cure the illness. 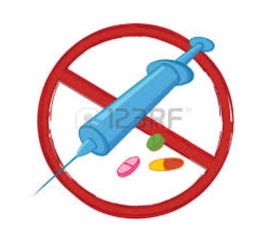 Common Misconceptions of ME

ME is a very misunderstood illness that people don’t take seriously. It is commonly called “yuppie flu”, which is offensive in so many ways to ME sufferers and their families. In the 1980s, it was dismissed as yuppie flu or shirker syndrome. People said that if they went out for some fresh air or even go see a therapist, that they would feel better. Some people said they were faking it or some put it off as being a bit tired. Due to modern research, these horrible remarks and rumours have been proved wrong but there are many people out there whose belief of ME needs to be put straight. The more people that are told the truth about ME, the better.

My Experience of ME

My Auntie Phoebe was diagnosed with ME in early 2015.

Before she was diagnosed, she was a shift coordinator working at a food depot run by a homelessness charity. She was in charge of recruiting, training and supervising volunteer workers and helped manage the depot. She organised pick ups and deliveries of food to many charities working with homeless and vulnerable people in Edinburgh. She loved being in such an important position and giving people a chance to get back on to their feet. She also loved driving a forklift truck!

A few months before she become ill, in May 2014, Phoebe was offered her dream job, working at the Penguin Post Office in Port Lockroy, Antarctica. In summer 2014, she started to feel ill and went to several doctors and consultants before being officially diagnosed with ME. Heartbroken, Phoebe had to withdraw from this amazing opportunity. She has been practically house bound since then. Just over a year ago, she had to move from Edinburgh to Peebles to be nearer my Grannie. She had to stop working in 2014 and now lives on (very few) benefits and her savings.

One of the things that Auntie Phoebe does to help her come to terms with her illness is to write a blog called puffins&penguins&me about her experience of ME. It is beautifully written and very informative.

She also encourages her friends and family to hold fundraising events. Last March, the day before Mother’s Day, my mum and I held a fundraiser for Invest in ME. We organised a mother and daughter afternoon tea in the Scout Hut in Currie. We advertised on Facebook and sold etickets. We made many different kinds of cake and sandwiches, served tea and coffee, borrowed massage tables and set up a nail bar so mothers could get pampered by their daughters. We also asked local businesses for raffle prizes and sold tickets. We made £651 and we gave half to Invest in ME and the other half to my gymnastics club.

It was my Grannie’s birthday a few weeks ago, which happened to be on National ME day on 12th May. She threw a party wanting only donations for Invest in ME. She made over £1000!

One of the most difficult things about ME is that sufferers do not look ill. Phoebe went to Grannie’s party and looked beautiful. She managed to stay out for nearly 3 hours, which is the most socialising she has done in years. What people don’t see is the suffering she had the next day.

This is an excerpt from her blog.

“Today I woke up with the worst ‘hangover’ of my life. That’s the best way to describe it. Before you say anything…I only drank water last night, I can’t drink alcohol since I’ve had ME. It took me over two hours after waking up this morning to be able to move and get out of bed, despite desperately needing to pee. I had to crawl to the bathroom, and then back to bed to rest from the overexertion of going to the bathroom. I wanted to brush my teeth but I couldn’t hold my arm up. After another hour of lying down I was able to come upstairs to prepare coffee and something to eat. My head is absolutely pounding, my sinuses are throbbing, my throat hurts, my limbs are heavy, my muscles are aching, there’s an imaginary elephant sitting on each of my shoulders weighing me down, my skin is sore, I’m nauseous, my tonsil wounds are hurting again, it hurts to swallow, I feel faint and dizzy, I’m weak, I feel like I have a temperature (ok, I just checked it and I do have a temperature) and my brain is absolute mush.”

Before she got ME, I would see my auntie all the time, have days out, sleepovers and holidays together. Now Phoebe is so affected by this horrific illness that I rarely see her. Often we arrange to meet her but then she is so ill that we can’t even pop in to say hello or give her a coffee. I love her so much and I would see her everyday if I could.

These are Phoebe’s words but I have changed them a bit.

What you can do to help

I am not going to tell you to become a neurological scientist to help ME sufferers. There is one very simple thing that you can do to help. TELL PEOPLE! All you need to do is tell others about this illness. It doesn’t matter who it is, your mum, dad, grannie, grandpa, uncles, cousins, friends, as long as you are telling someone. Tell them to tell others too! I know it sounds like a movie plot but seriously, just spreading the word can help. So, please help brighten the future of ME and tell everyone you know about this horrible illness.

On Friday 12th May, there was a demonstration outside the Scottish Parliament, trying to persuade SMPs to spend more time understanding this illness. This movement is called #millionsmissing meaning that millions of people are missing out on their lives. It was symbolised outside Parliament by pairs of shoes that never go outside. Here are Auntie Phoebe’s work boots on her forklift truck. 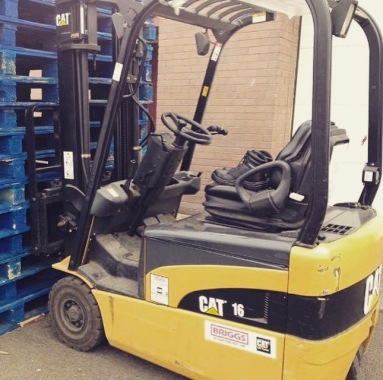 I know it won’t happen overnight but I really hope that one day, science will have found a cure for ME.

Myalgic Encephalomyelitis – A medical condition characterised by long-term fatigue, pain and other symptoms that limit a persons ability to carry out ordinary activities.

Neurological – relating to the anatomy, functions and disorders of the nerves and nervous system.

Post-exertional malaise – The exhaustion felt after any activity and worsening of all symptoms.

#millionsmissing – the movement of ME sufferers and supporters to make ME a more understood illness.

4 thoughts on “Post Fourteen. ME and Me, By Amelia.”

This site uses Akismet to reduce spam. Learn how your comment data is processed.